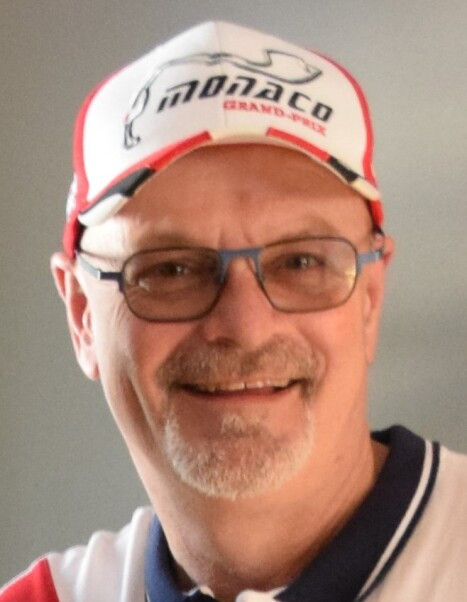 CELEBRATION OF LIFE AT A LATER DATE

It is with great sorrow the family of Mark Donald (Wally) Wallace announces his peaceful passing on May 12, 2022, at age 59, in Herbert Saskatchewan. Mark was born on March 10, 1963, in Fort William, Ontario to parents Stewart and Helen Wallace.

Mark was well known for lighting up the room with his infectious laughter and humour. Mark’s proudest achievement was his son Donald, and the man he has become. Mark coached him in soccer, taught him to ski, and instilled in him a dedication to work hard to achieve his goals. Mark also loved his dog family Wrecker, Wrexx and Rosie.

Mark enjoyed many things in life including: ski jumping at Big Thunder Ski Club on the Ontario Provincial Ski Jumping Team, family ski trips to Banff, growing up at the family camp at East Loon Lake, family gatherings, weddings, birthdays, Christmas celebrations, cutting grass on his tractor, fishing with his work buddies, exploring new places with Ramona on their side by side, and we cannot forget the Herbert Rodeo.

Mark had an amazing woodworking talent and could create anything with wood. Many of us have items he made especially for us, which we will treasure forever.

Mark had finally found his dream job. He was a member of UA Local 179 for BFI Constructors/Graham where he held the position of General Foreman, working with his friend and boss Kyle Cave and his crew Alex, Calvin, Peter, Trent, Archie and Bob. He loved his job and the tradesmen he met along the way and wanted to see the completion of his work at Cigar Lake before retirement.

Mark made many friends throughout his life. If Mark called you his friend, or you were “one of his girls”, you were blessed.

Special thanks to our close Herbert friends Darla and Leroy Martens, Marion and Brent Weibe, Kathy and Randy Voth, and others who have been there for moral support through this difficult time, as well as the friendships that developed and have been cherished over the last 8 years living in Herbert.

The family would also like to thank the Herbert first responders, Dr. Kassett and wife Glenice, and Dan Martens (Swift Current Funeral Home).

In Mark’s memory donations can be made to the Thunder Bay District Humane Society, Swift Current SPCA, any dog rescue, or the charity of their choice.